Project title: COMPARISON BETWEEN CLIMATE RECORDS OF THE 19TH CENTURY AND CURRENT DATA 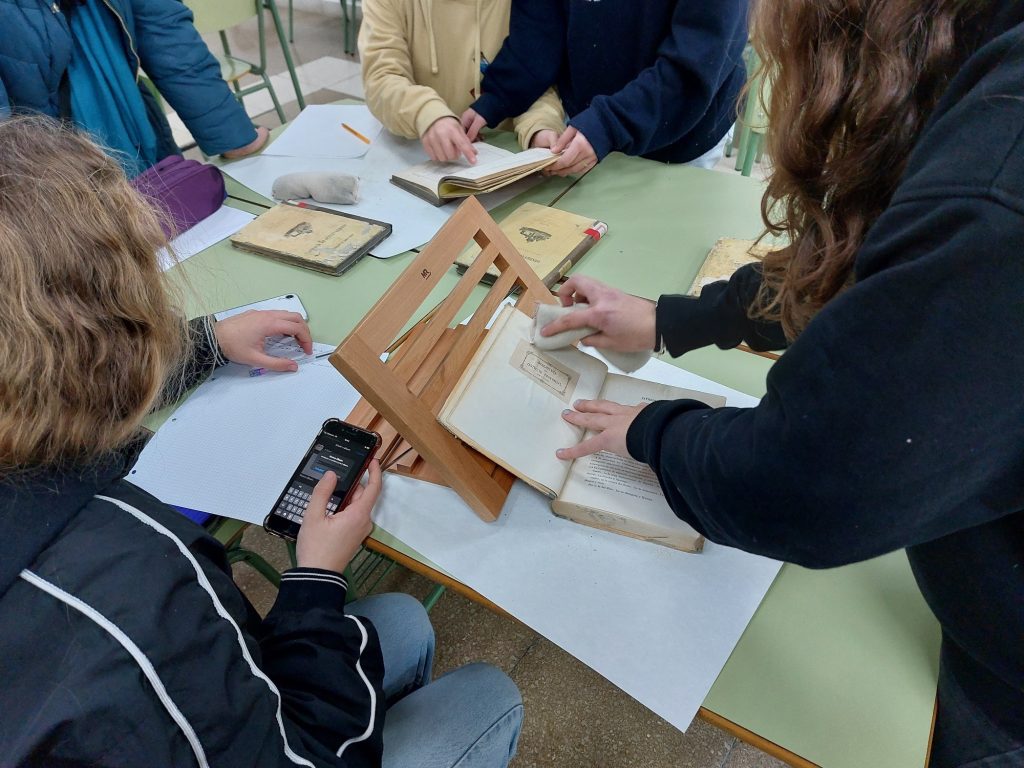 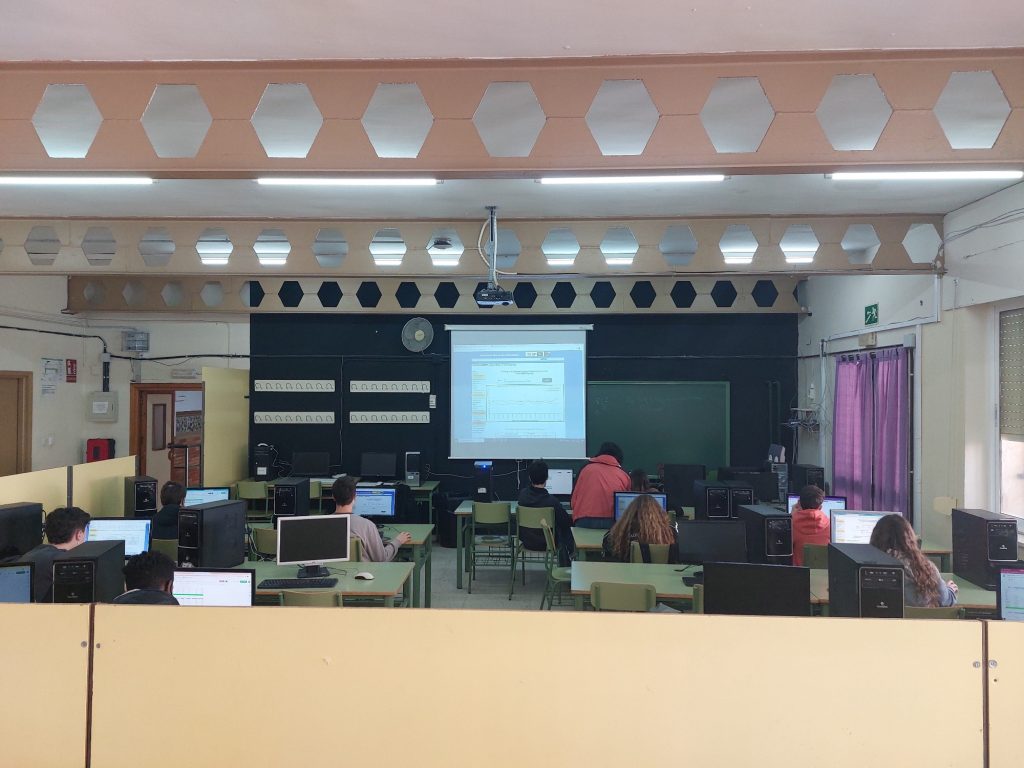 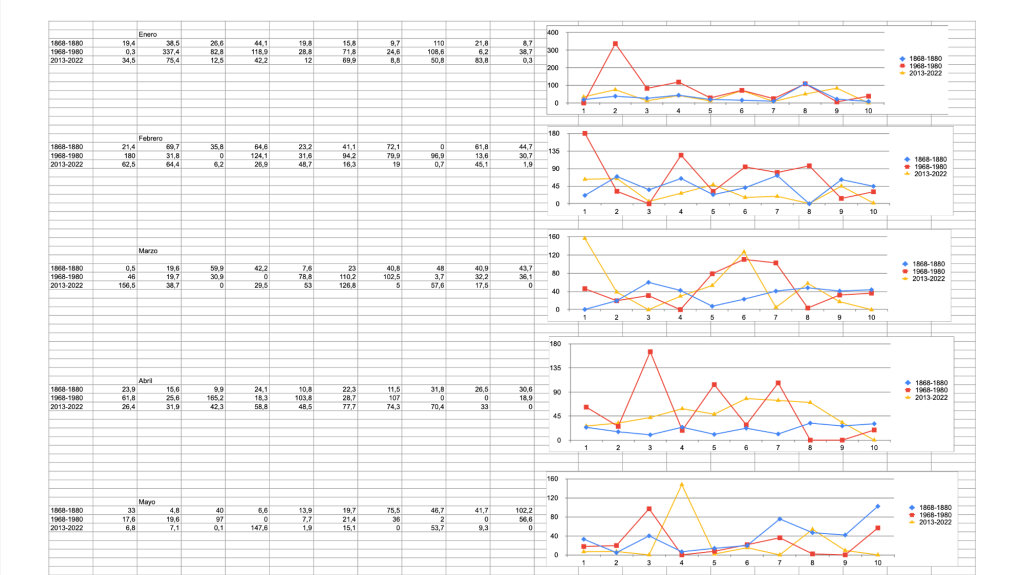 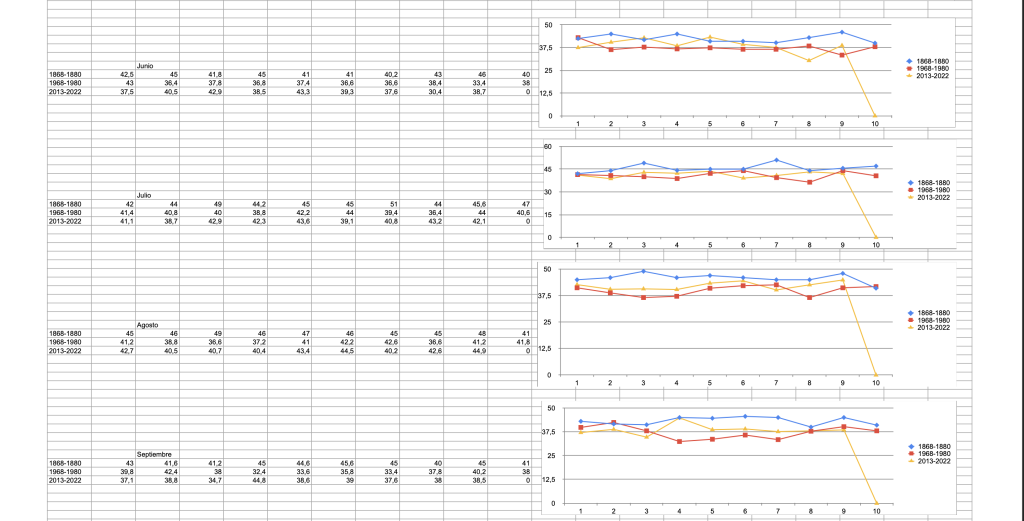 Do we find evidence of climate change when comparing the data of meteorological observations of the past (19th century) with the current ones?

Students can find in their textbooks, as cross-cutting content, the theme of climate change in various subjects, following in each case a different approach to address the problem.

We have considered whether we can contribute our “grain of sand” to the investigation of the problem using the resources that we have in our immediate environment, our educational center. San Isidoro Secondary School is located in the city of Seville, in southern Spain. It was founded in 1845 and has an important bibliographic collection.

Therefore, it occurred to us to begin our investigation by consulting with the professor in charge of the Department of Historical Heritage, who told us about the existence of a collection of yearbooks on meteorological records from the 19th century that could be useful to us. The collection consists of a total of 18 volumes and is entitled “Summary of Meteorological Observations made on the Peninsula”. Of all the volumes, we have selected those corresponding to the prior between the years 1868-1880.

Our next step has been to scan the data tables that appear in these yearbooks. To manipulate the books, the participants in the research project have attended a previous session in which they have been given a series of instructions to follow.
To establish a comparison with more current data, we have consulted the existing data on the AEMET (Spanish Meteorological Agency) website in the same period of twelve years corresponding to the 20th century (1968-1980) and the most recent data (1968-2022).

Of all the data collected, we have focused on rainfall and maximum temperatures. Before commenting on the results obtained, we would like to mention a detail that seems interesting to us. To more accurately compare the data from the 19th century with the current data, we think that the observatories from which the measurements were made should be located in the same place, but we find ourselves with a surprise. When entering the coordinates of the location of the observatory that appeared in the yearbooks in the GPS, the indicated place did not correspond to Seville, but to a point in the middle of the Mediterranean Sea. We discovered that the reason was that the zero meridian taken as reference until the year 1884 was not Greenwich, but Madrid. We carry out the appropriate calculations and locate the location of the primitive observatory on the former site of the University of Seville, in Puerta de Jerez. The most recent data, taken from AEMET, correspond to the Seville airport observatory, the closest to the original observatory that we have found.

Analyzing the rainfall graphs, we can see that the values corresponding to the most recent period (2013-2022) are only below the values of the other time intervals in the month of June and, for the most part, in July and August. We thus verify one of the evidences of climate change, the existence of increasingly dry summers. Regarding the maximum values of precipitation, a striking value of 350 l/m2 appears in the month of January 1970, the date on which we have verified that the overflow of the Guadalquivir river occurred, reaching 6 m above its usual level.

Regarding the values of maximum temperatures, we find the highest in the period 1868-1880. We detected a value of 51ºC, corresponding to July 30th, 1876, which we initially considered an error in the data transcription, but was later confirmed as correct, although with certain remarks. For years, this temperature was considered the highest recorded in Europe, as mentioned by Dr. Inocencio Font Tullot in his work “Climatology of Spain and Portugal”, although the AEMET considers the veracity of said value to be doubtful. The reason is that the measurement was taken from the sentry box located in the Church of the Annunciation in Seville, which was not standardized until 1912.

All the data, tables and graphs compiled and obtained in this investigation have been published in the “Climate Detectives” class of Google Classroom platform, which has facilitated teamwork. We are preparing a presentation in which our “climate detectives” will tell their experience to the rest of the students. Our objective is to value the historical bibliographic collection of our library and to bet on collaboration between different teaching departments, in this case, the departments of Mathematics, Physics and Chemistry and Historical Heritage.

We hope to continue analyzing more data in the future, in order to draw conclusions that are increasingly accurate and reliable. It would be interesting to visit a nearby meteorological station, but given the progress of this school year, we will consider it for the next one.