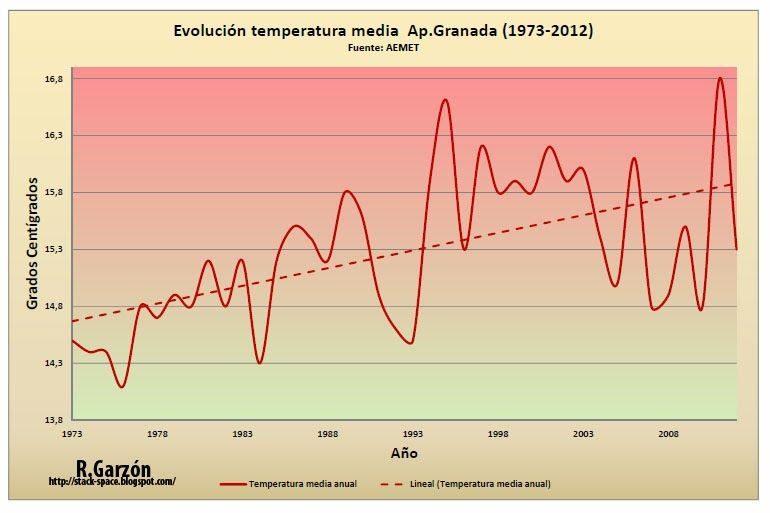 How has the Sierra Nevada ecosystem changed in recent years and how has the ski resort influenced it?

We have realized that throughout the last years, Sierra Nevada’s ecosystem
has changed. The amount of snow has obviously decreased. Some animals and
plants have changed their distribution. Average temperatures have increased.
We think that pollution and climate change could have been the cause of these
changes, and that is why we are going to do a bibliographical research to
verify recent scientific studies.
We have checked historic data of pluviometry in the city and temperature in
the mountains, as well as the amount and thickness of the snow in the
National Park.
The climate determines the habitat and way of life of living beings in this delicate ecosystem, so we must be aware of any changes to better protect them.

During this study, our team wants to present a review work taking into account scientific research that is being and has been carried out in the Sierra Nevada National Park to verify the possible effects of climate change.
On the one hand, we have investigated works on the evolution of different meteorological factors.
The first has been the average temperature of Granada during the last fifty years. According to AEMET data, the temperature has risen an average of 1.3 degrees.
Another has been the pluviometry in which there has been no clear trend and depends on temporal variability.
Instead, studies show variations in snow cover, since it would be present for less time during the year. The start of the first snowfalls has been delayed in recent years and in turn the date of snow removal has been advanced. This is also due to a cascading effect since more radiation melts more snow and more heat enters, which will melt the remaining snow at a faster rate.
In the case of flora and fauna, certain variations have been observed.
Some endemic plants such as the Sierra Nevada arenaria have decreased in population and others such as the senecio have decreased their usual populations, but increased at higher altitudes, which indicates an altitudinal shift in search of cooler temperatures in the mountains. Also, some species in the Borreguiles area have changed their flowering season.
In the case of animals, we highlight studies carried out on amphibians, animals that are very sensitive to environmental changes and where it has been proven that in recent years they have sought waters at higher altitudes to lay their eggs.
Characteristic birds such as the northern wheatear, the alpine accentor, or the eurasian skylark have lower censuses.
Invertebrates have different patterns. In some mountain lakes it has been observed that invertebrates that used to live at lower altitudes have been able to adapt well, displacing species that need colder waters. However, other invertebrates such as butterflies have not had a clear trend and depend on the time of annual flowering.
All these studies show us that we must act in the face of climate change in an ecosystem as sensitive as that of the Sierra Nevada.

Some of the actions that we think can help are:
On one hand, we think it would be essential to avoid the construction of large infrastructures that degrade the ecosystem without guaranteeing the viability and sustainability of the environment.
It is also important to carry out sustainable management of the use of the National Park both in agriculture, promoting organic crops, and livestock, limiting the number of cattle to an adequate number. Tourism must take into account the environment, respecting influx, trails and itineraries that respect sensitive areas.
We would like to emphasize the ski resort as we think its carbon footprint could be reduced by using renewable sources to produce energy. Since it is the station in Europe with the most hours of sunshine, it can be used to put solar panels on the roofs of buildings and even wind generators that could supply energy.
Another aspect is transportation to the station. We think that with current advances it would be feasible to use electric shuttle buses from Granada in order to limit the emission of polluting gases.
Finally, we think it is very important to make people aware. Currently, scientific disclosure must play a fundamental role in this aspect. Initiatives like this one for students, and others dedicated to the rest of the citizens, which highlight the need to act in the face of climate change that we see already has clear consequences, is essential to be able to continue taking steps in the mission of caring for our planet.