Project title: The Phoenix of the Sierra Bermeja fire: The DERECALL 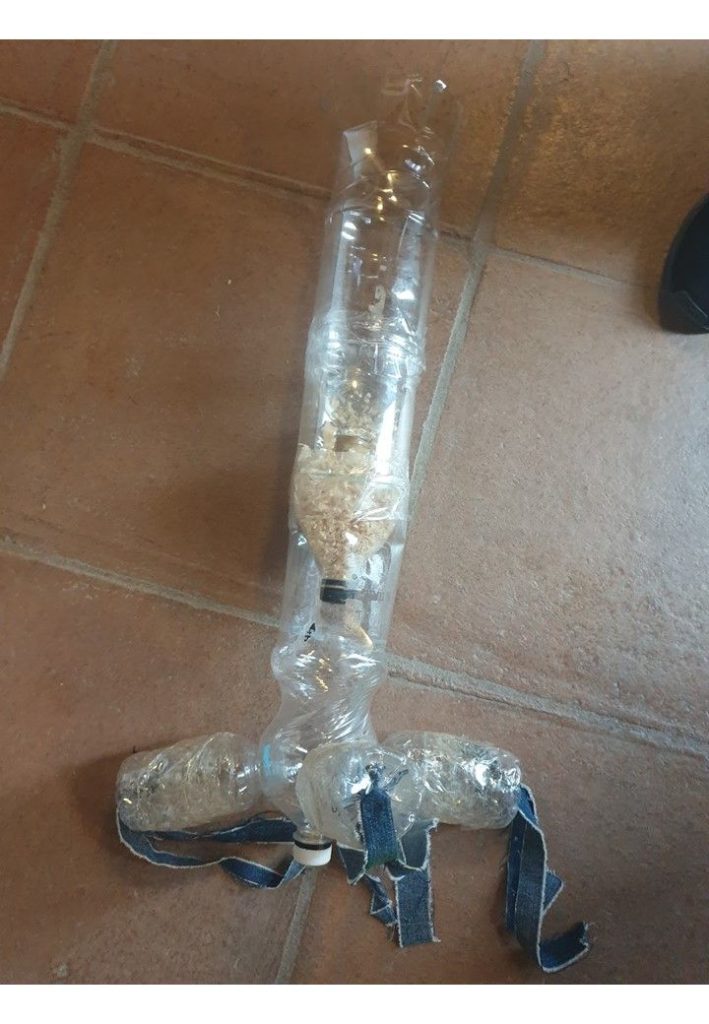 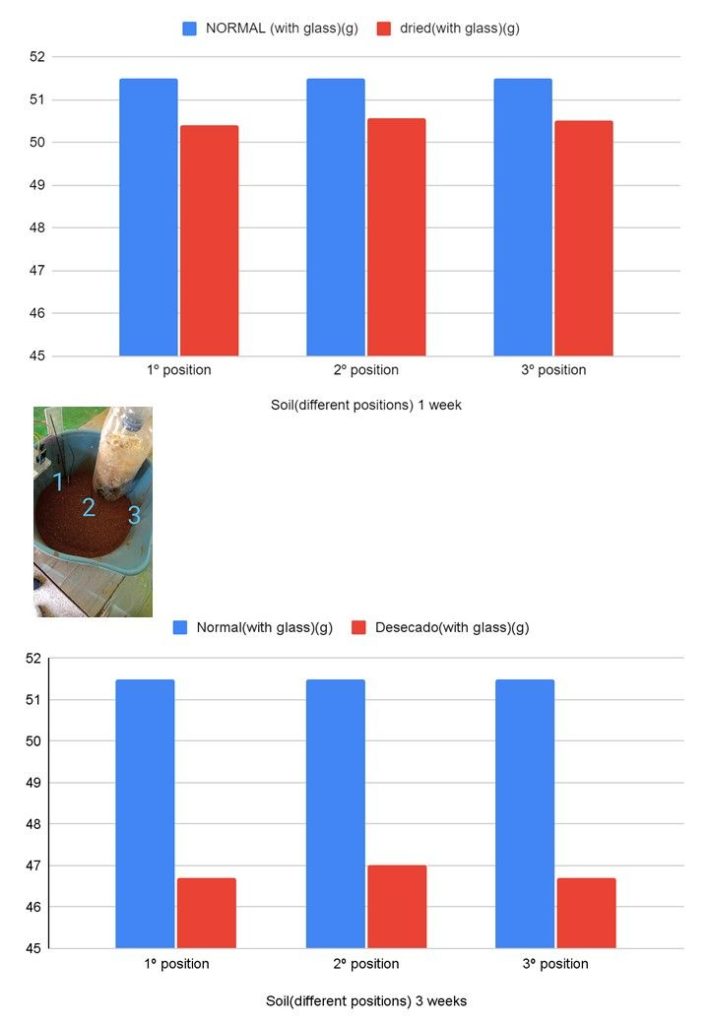 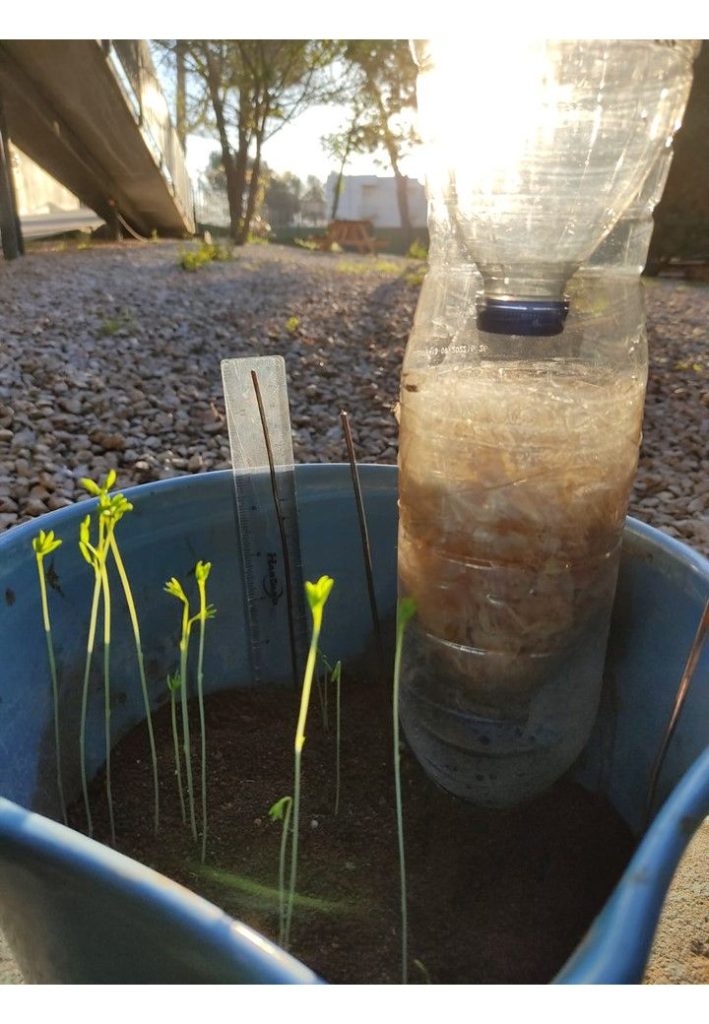 After a forest fire in which the soil has been severely degraded. Is it possible to help stabilize the soil and enrich it with a device invented by students that captures rainwater and keeps the soil moist for a long time?

When a forest fire occurs, all ecosystems die, the soil loses its natural physical and chemical characteristics and there is a loss of consistency and moisture that can take years to recover.
This research project has two objectives:
a) Demonstrate the hydration capacity of the burned soil that has a device for capturing water and supporting the soil called TRIPETRICALL (PET Tripod for Irrigation by Capillarity of Rainwater)
b) Evaluate the level of affectation of the soil burned in the Sierra Bermeja fire through simple physical-chemical tests of different types of soil.

The TRIPETRICALL is the latest version of the device model created by students that allows it to be planted at a certain depth and through 3 PET bottle bodies and 3 small 33 cl bottle-deposits, it allows water to be stored underground and transferred to the nearby soil by means of threads. of tissues that allow the capillarity of stored water. In addition, the tetrahedron shape (Tripod), acts like the roots of a tree and can be a way to support the loose soil, after a fire or after a deforested place. This work will try to demonstrate that it has this double utility: moisturizing and sustaining.

The next phase will be to test and characterize the types of soils that remain after a fire like the one in Sierra Bermeja. 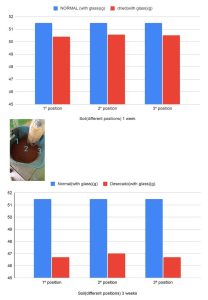 The main problem is the waste of water when using it in agricultural activities, mainly in Andalucia because of the high temperatures that evaporate water before it can be absorbed by plants. Our project, call DERECALL, would solve future water shortages, due to the wroung use of water while watering and because of being made from recycled materials, such as plastic botles and old jeans, it also avoids pollution. In order to know if the DERECALL is working correctly we used 3 different methods: The first one is called desiccation, which consist in taking 3 samples of soil and introducing them into some sort of oven in which they are going to be in for 24 hours at a temperature of 120º, we weigh them before and after the oven and see the difference of weight, which would be the water that was in the soil. The next method is to use moisture sensors, made by us, which are connected to our phones and we can see how dry the part were we used the sensors was. The last method was to plant lentils before easter’s holidays and pour 2 liters of water into the DERECALL. If when we come back the soil is still moisty and the lentils have grown up, then the DERECALL has worked correctly.

The main results that we have obtained have been from the first method, the desiccation: We have obtained that in a week using the device the soil has an 8% of water, which is aproximately 1,2g of water in 15g of soil,in whereas after 3 weeks we use the same method and we obtained a difference of 5 grams, between before and after the oven, which is the same as the 20% of the soil is water. With the use of the sensors we also obtained that after using the DERECALL the moisture is higher than before using it. Finally with the grown of the lentils that we plant indicates that is functional and even after holidays and even after 2 weeks after pouring water, soil was still moisty without adding any water.

With all the results obtained, it could be proved that the DERECALL is a sustainable solution against problems like desertification and the wrong use of water, since it is able to preserve moisture in soil for a longer period of time and is self sufficient due to the needlessness of human manipulation, it just needs the rain.

By creating systems like the DERECALL, made from recycled materials,so that it would help reduce pollution, this materials are also accessible to everybody, which would allow a lot of people to use it, and also it has a very easy mounting. Besides it could help get quality of soil back in places where soil has been damaged because its natural cover has been destroyed due to a fire. To make people conscious of the huge amount of water that is wasted in agriculture when watering, part of this water is taken from rivers and lakes(which lead them to lose volume), might help reducing the amount of water wasted.