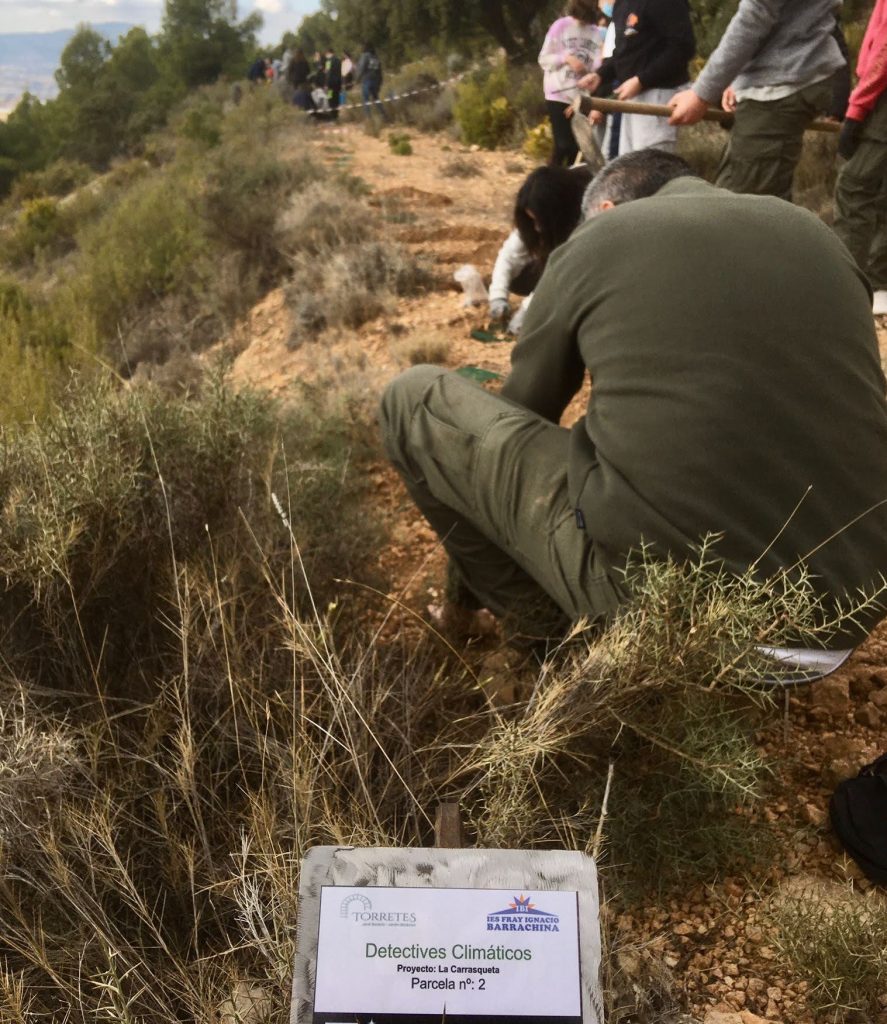 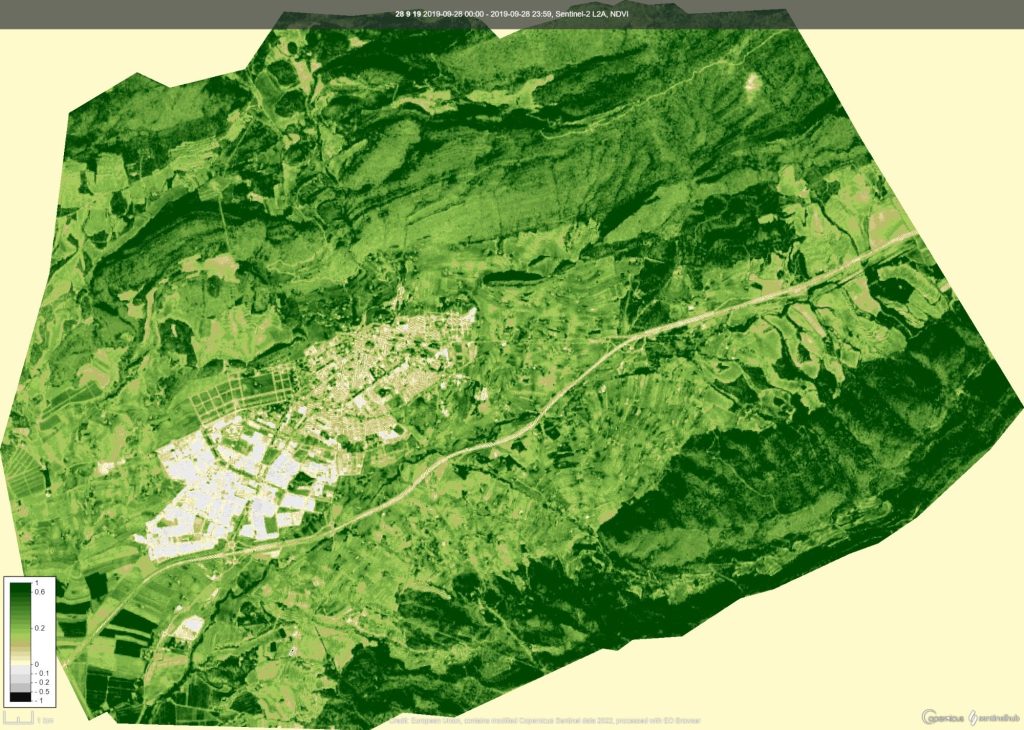 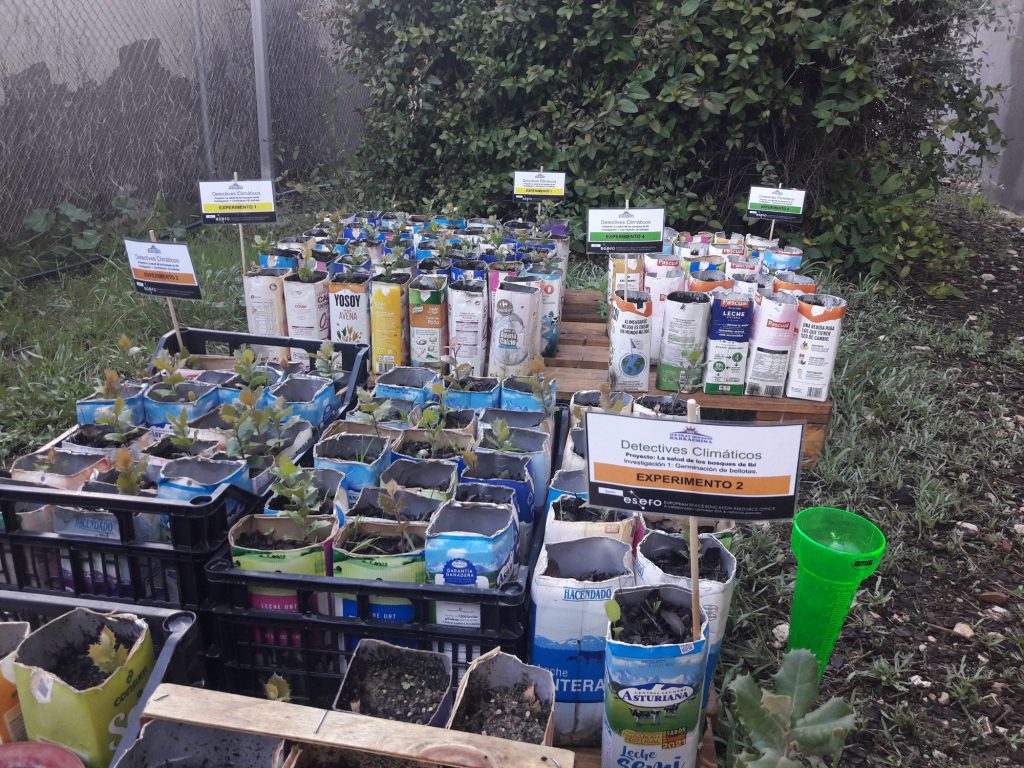 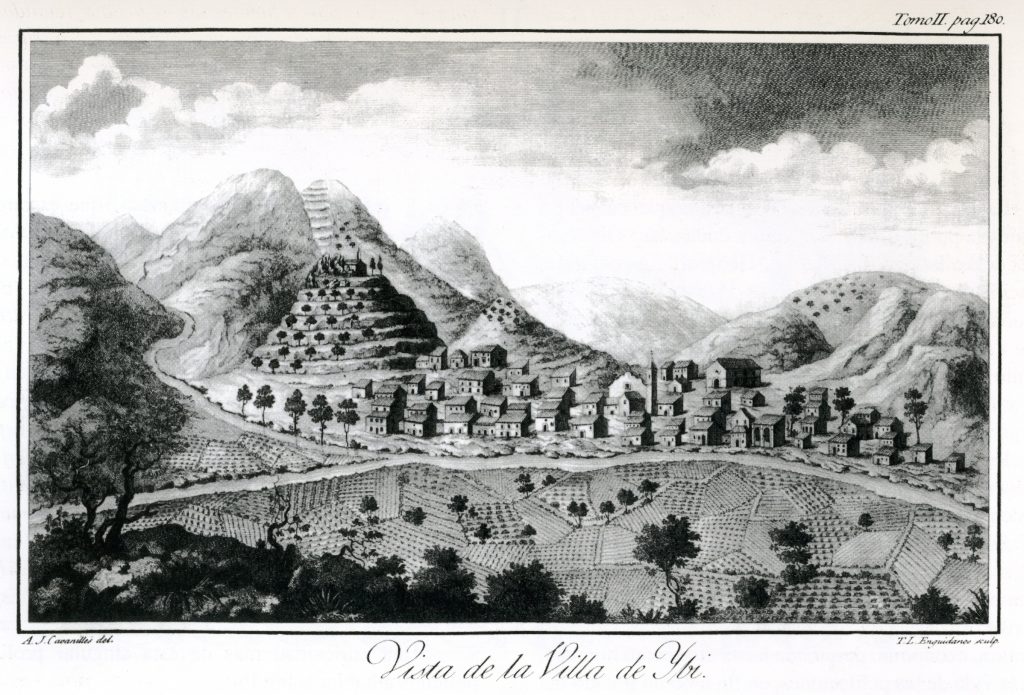 How does climate change affect the health of Ibi’s forests? Do they grow fewer Holm oaks each year?

Ibi is a city in the province of Alicante, Spain, located 30 km from the Mediterranean Sea at an altitude of 800 m in a valley between two mountain ranges. To the southeast, La Carrasqueta, and to the north, the Carrascal de la Font Roja Natural Park. Both form the Valencian territory with the greatest biodiversity, with the presence of more than 1,500 species. Among them, the holm oak (Quercus ilex) stands out, a species that has already been affected after the significant droughts since 2014.

According to recent research, the global acceleration of the effects of climate change since 2015 is already affecting the park globally and specifically the natural regeneration of the Holm Oak. To measure these effects, the following research has been designed:

1. Reproduce in the nursery the environmental changes that can affect the germination of acorns. Planting of 500 acorns in 8 experiments modifying the variables: sowing time, temperature (stratification), humidity, substrate and apex erosion (scarification).

2. Regeneration of trees by direct planting of 300 acorns in 3 areas of the sunny slope of Torretes: abandoned agricultural land, flat undergrowth and undergrowth with slope.

3. Investigate the climate changes and its effects since the 16th century in the records of the city historical archive and the State Meteorological Agency, AEMET.

5. Investigate changes in the biodiversity of natural environments.

Nursery.
The acorns of experiments 1, 2 and 3 have germinated, where the elapsed time has been greater than 3 months. The percentages of germinated acorns in these three experiments were: 80%, 86% and 43% and the average height of the plants was 7 cm, 10 cm and 4 cm, respectively. The presence of mycorrhiza in the planting substrate of Exp2 acorns, from the holm oak forest, has helped germination and seedling quality.

Direct sowing of acorns.
Fifteen days after planting, 100% of the plantation carried out in the three plots of Torretes was depredated by wild boars despite the protection used. The increase in the population of Barbary sheep (Ammotragus lervia), an invasive species in the area, may have favored the depredation of the crops due to lack of food and competition between them.

Research from the 16th century in the historical archive:
– the existence of periods of long droughts and the overexploitation of the forest (charcoal, logging, cattle, construction and heating), despite the existing regulations, led to the degradation of the holm oak
– toponyms such as Barranc dels Molins and Pou de Neu del Barber show the presence of significant rains and snowfalls in past centuries and the existence of activities such as the snow business and the production of flour, oil and paper with mills powered by water.
– reforestations with pine have tried to make up for the decline of the holm oak and other species (yew).

However, the study of images of areas affected by drought and cold drop shows significant decreases in these values.

Conclusions:
After the historical degradation of the holm oaks, their repopulation with pine forests has improved the health of the forest globally. However, the increase in the frequency of extremely hot and dry episodes and the action of invasive species are having consequences on the health of the holm oak, its regeneration, as well as the loss of biodiversity of the Mediterranean forest.

The first action, specified in the creation and maintenance of our nursery, has been carried out since the beginning of the project with all the students and teachers of the center. We have all participated by collecting and preparing containers, collecting and planting acorns and from now on with the follow-up of the investigation throughout the next two years. In addition, two models have been made showing:
– Altitude distribution of trees in the sunny and shady mountains and the effects of climate change.
– The location of the 30 most important natural sites in the Ibi district with QR codes in a 3D scale model.

The second action consists of a day of coexistence between the students of the institute (14 years) and children of the school (10 years). On this day, a song is sung together that speaks of the natural environment of Ibi and an excursion is made through a place near the Carrascal de la Font Roja Natural Park. Thus, older students will be able to tell them the history of Ibi linked to the climate, the ice fields and mills, show them the species of the area and explain how climate change is affecting them. The models mentioned above will be used.

Finally, the creation and maintenance of the project website, where the information, results and work conclusions will be gathered, so that it can be accessible to anyone.