Project title: Influence of climate change on the bee population 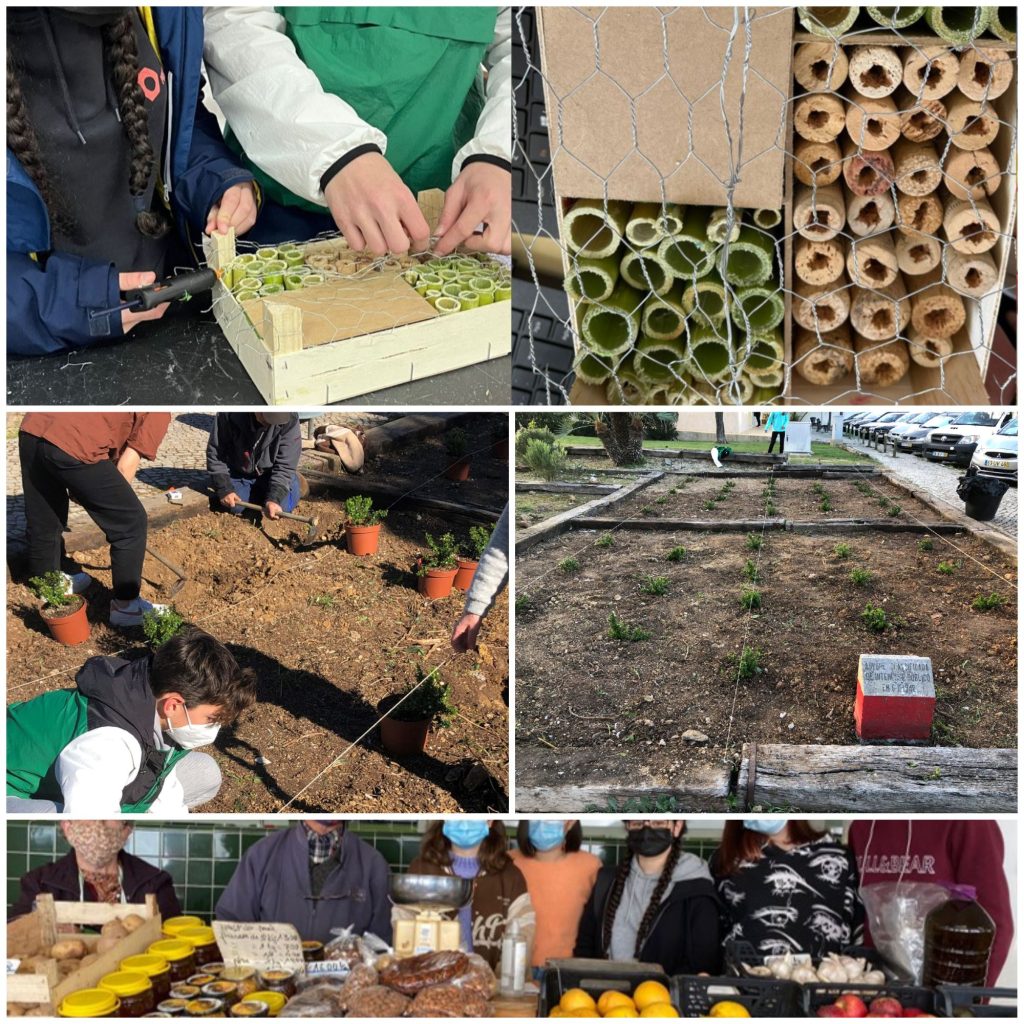 What are the causes and consequences of the decline in bee populations?

We have noticed that in the recent years, the bee population in the Algarve has been diminishing. With this project work we have the intention to enumerate the causes that led to this decay and if those causes are related to the effects of climate changes, particularly reflected on the shorten of biodiversity and in the diminution of the vegetation cover, as well as the consequences becoming from it.
To do this investigation, we have read specialized articles and news from media. We also established contact with São Brás Municipality and with “Instituto da Conservação da Natureza e Florestas – ICNF”, that is an institution that has rules and procedures to preserve natural resources in Portugal. The ICNF technicians made an informative session, in our school, under the theme. They also programmed a field study to observe the biodiversity in an area that has suffered a fire 20 years ago.
A very important step for this work was a meeting with a beekeeper that witnessed/validated the problems previously identified by the biodiversity group through their research. To observe the alterations in the vegetation cover in the region, we took our data from the satellite Sentinel 2 to create a timelapse animation from 2016 to 2021. We also collected data from “Pordata” and IPMA related to draught and fires in São Brás region. In PIAAC of Algarve we searched about the present and future potential distribution of cork tree and strawberry tree, as well as the Algarvian E capacity class soils.

As a result of our research, we concluded that the declining of the bee populations (Apis Mellifera) is mostly related to climate changes, once they will develop the appearance of diseases (e.g. varroasis) the competition of invasive species in relation to local species (e.g. acacias, Asian wasp) and conditions to the occurrences of rural fires that have happened in the region.
Concerning the fires, it was possible to establish a cause-effect relationship between the monthly evolution of the draught index in São Brás de Alportel and the number of fires registered in the region. The map of vulnerability risk to the soil desertification, meaning, the soil degradation in arid areas, resulting from the rise of temperature and diminish of precipitation, confirms that the region is in high of desertification vulnerability.
Beyond these factors, the excessive use of pesticides by human beings also has malefic implications, as they can be the direct responsible for the death of these insects and /or provoke diseases on them, like polluting the environment. All these factors conduct to a progressive diminish of vegetal density and biodiversity.
Once the bees have a very important role in plant reproduction, but also depend on them as feeding source, there is a direct connection between the vegetation cover (namely of nectar producing plants), and the decline of the bee population. In short term, we will assist to a reduction of the bee and agricultural productivity, with malefic economic effects to beekeepers and farmers. In long term, the disappearance of bees and other pollinators would put all the species at risk of extinction and would cause irreversible damage to our planet.

Various actions were done with the goal to sensibilize the São Brás population to the problematic of the decline of bees and other pollinators and to the need of local species preservation and biodiversity.
To accomplish them the group work planted local species in the school ground and in public places, built shelters for pollinator insects and helped an old beekeeper in the sale of honey in the local market.