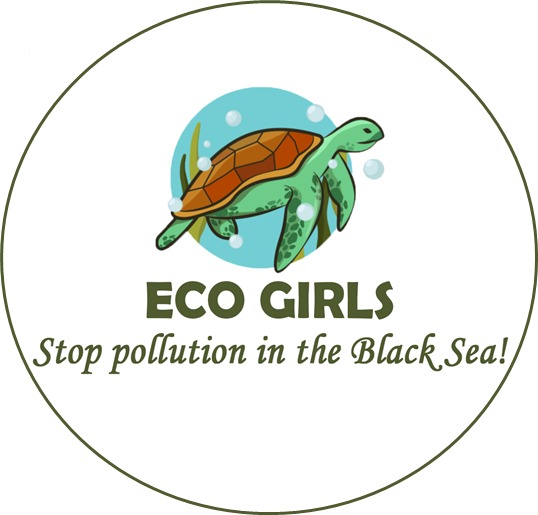 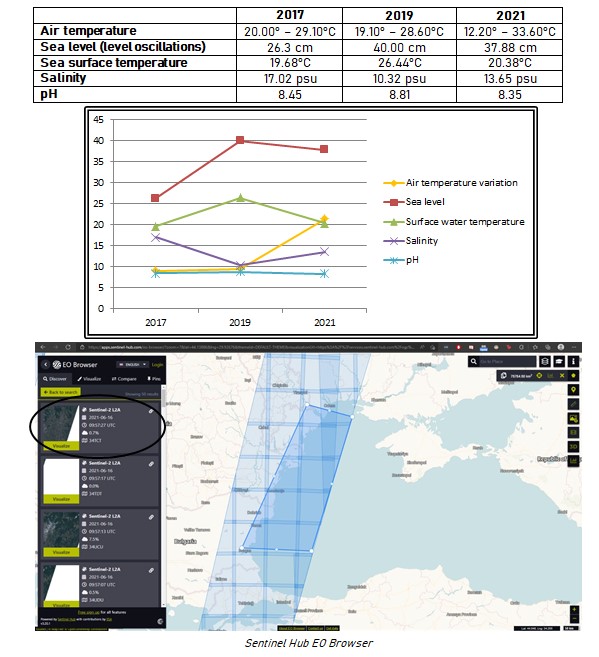 What effect does pollution have on the Black Sea’s ecosystem?

The Black Sea ecosystem is receiving a lot of attention lately because of its changes caused by pollution. The ecosystem has changed in the past 50 years mostly because of people’s actions. In this project we aim to track the main negative effects that the pollution has on the Black Sea and figure out ways to prevent these issues in the future.
One of the major agents that causes pollution is represented by oil/mineral spills, therefore we, humans, are part of the reason for this disaster. Hundreds of species die annually and more alien species are discovered day by day. Other factors that cause the changing in the Black Sea’s ecosystem are over-fishing, intense maritime traffic and considerable stocks of hydrogen sulfide and gas/oil found in the depth of the sea’s water.
In order to do our research on the physico-chemical and biological parameters of the marine water, we consulted satellite data (Sentinel-2 L2A) and also analyzed some data from 2017, 2019 and 2021, provided by the Meteorological Institute and the Romanian Marine Research Institute and we discovered some differences concerning air temperatures, sea level (level oscillations), sea surface temperatures, salinity and pH. 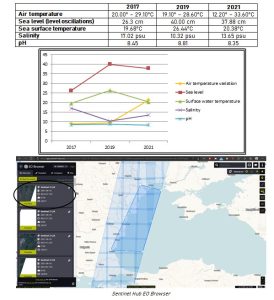 After analyzing the data from both institutes’ researches in a specific period of time (14-19.06 in the years 2017, 2019, 2021), we noticed the existence of some differences in the water and air parameters, not very big, but enough to catch our attention.
Regarding the air temperatures, the change we noticed was that in 2017 the temperature variation was 9.1°C. In the following years, it had an upward trend, resulting that in 2021 the same variation reached 21.4°C.
Observing the data related to the sea water (sea level, sea surface temperatures, salinity and pH), we noticed a very serious increase in sea level and sea surface temperatures throughout the years, result of global warming. On the other hand, the salinity of the water scored a considerable decrease, result of the several rivers that flow into the Black Sea. The pH was kept relatively constant throughout the years with a medium value of 8.61, making the marine water alkaline.

After noticing and analyzing several factors that harm the marine ecosystem, we thought of some possible solutions to reduce the negative effects produced by these agents in the future:
 campaigns to inform the population about the negative effects that people’s actions have on the Black Sea (banners on the beach, speeches given by experts in the field, etc.);
 stricter enforcement and increase of money penalties offered as a result of non-compliance with the policies regarding keeping the beaches clean;
 placement of more garbage bins for waste collection and recycling;
 forcing the beach owners by law to organize garbage collections on the beach at an interval of 2-3 days;
 controlling the amount of industrial / agricultural waste that is dumped into the Black Sea;
 monitoring the transport of oil / gas that produce spills that damage the sea;
 control of overfishing.