Project title: Land use and consumption in Tuscany and climate change 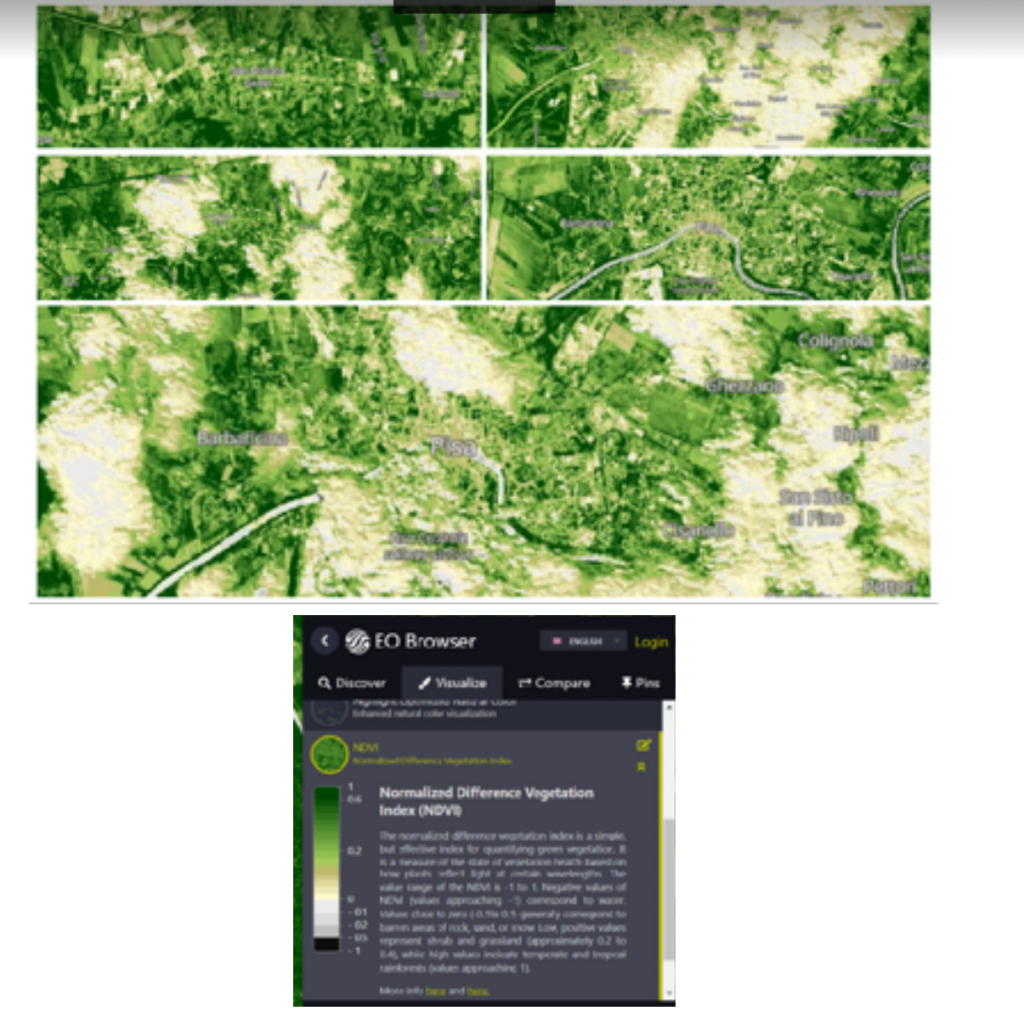 Has the use and consumption of soil in the Province of Pisa in the last sixty years affected the climate of this area? If so, why? What can we do to improve the current situation?

The Province of Pisa is a wide area of Tuscany (Italy)
In the last 60 years an important land consumption and use of soil have been carried out in this area .
Annual reports by ISPRA (Higher Institute for Environmental Protection and Research) and ARPAT (Regional Agency for the Protection of the Environment of Tuscany), testify the progressive increase of urbanized land for productive and residential purposes with a consequent erosion of the rural territory and a strong impact on energy consumption and territorial resources.
The last 60 years have been also characterized by a strong lack of rain and effective rainfall in the Province of Pisa especially in the summer season as well as a significant increase in average temperature. In particular the cumulative rainfall during summer has constantly decreased from 1971 to 2021.
The data show a connection between the increase in land consumption and a change in the cycle of precipitation and temperatures with the changes in the local climate.
Overbuilding has altered the structure of the soil causing a faster decomposition of organic substances. This has led to a bigger release of carbon dioxide into the atmosphere and has progressively prevented the soil from absorbing CO2.
In addition, the presence of houses, buildings, factories, streets, people and activities has caused a significant increase in greenhouse gases’ emissions.

For about 60 years in the Province of Pisa, Tuscany, there has been a decrease in rainfall and an increase in temperatures, especially in summer, compared to the average observed in the previous period.
Different experts and climate scientists talk about drought.
The change in precipitation cycles (drought) and the increase in temperatures coincided with the major use and consumption of land in this province.
The presence and the exploitation of the territory by man have generated, in fact, a change in the local climate.
Land cover has resulted in a major quantity of carbon dioxide being released into the atmosphere and has prevented the soil from absorbing CO2.
Moreover, the presence of productive and residential settlements on the ground has increased the amount of greenhouse gases registered in the atmosphere.
So, it is clear that drought and rising temperatures are directly related to the amount of greenhouse gases in the atmosphere and the latter are directly associated with the use and consumption of soil made to build residential, productive, commercial settlements and infrastructures.
All these facts strongly influence the health of the environment and the life of us as human beings. The following satellite images extracted by the Esa Browser Satellite with the URBAN NDVI-SENTINEL 2 set show the state of suffering of vegetation in two municipalities of the Province of Pisa, namely in San Miniato and Pisa, in the period August – October 2021. The colours from dark yellow to black in the images indicate the state of difficulty of vegetation in making photosynthesis.

My proposal to improve the situation is raising people’s awareness about climate change in general and highlighting the relationship between land use and consumption and these changes.
Only in this way can those who manage the territory plan cities that are more efficient in the use of resources and aim to achieve the targets for lower greenhouse gas emissions.
A step towards the understanding of the problem and a concrete action can be the adhesion of all the municipalities of the Province of Pisa to the “Charter for climate neutrality” and its objectives.
The Charter focuses on:
-cities’ leading role in making climate neutrality possible;
-energy efficiency of cities and increased use of renewable sources;
-reduced use of cars;
-absorption of carbon dioxide.
Living in one of the Municipalities of the Province of Pisa, namely in San Miniato, I wrote to the Mayor of my Municipality advocating adherence to the “Charter of Cities for climate neutrality” and asking for the organization of conferences and exhibitions on the subject.