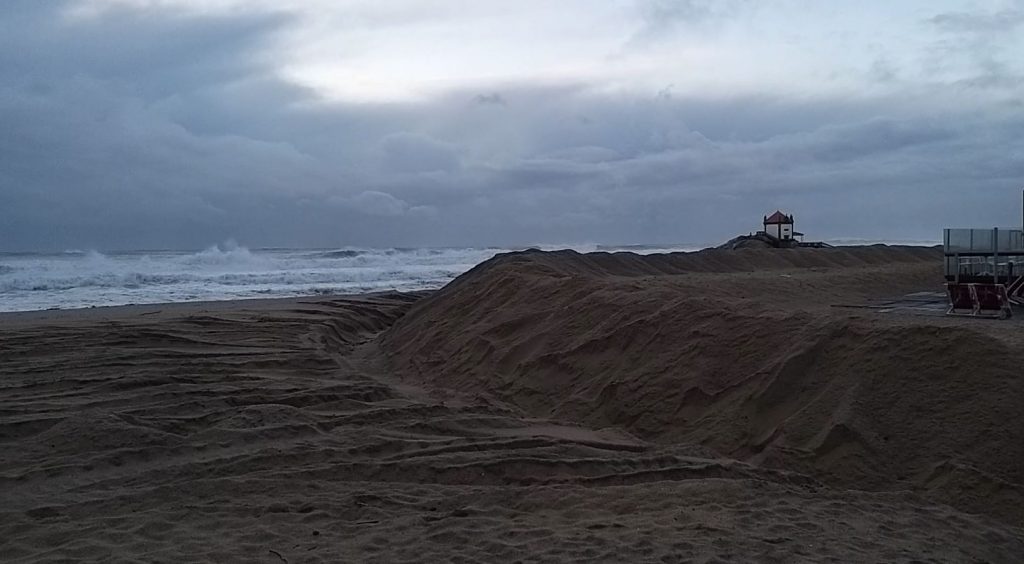 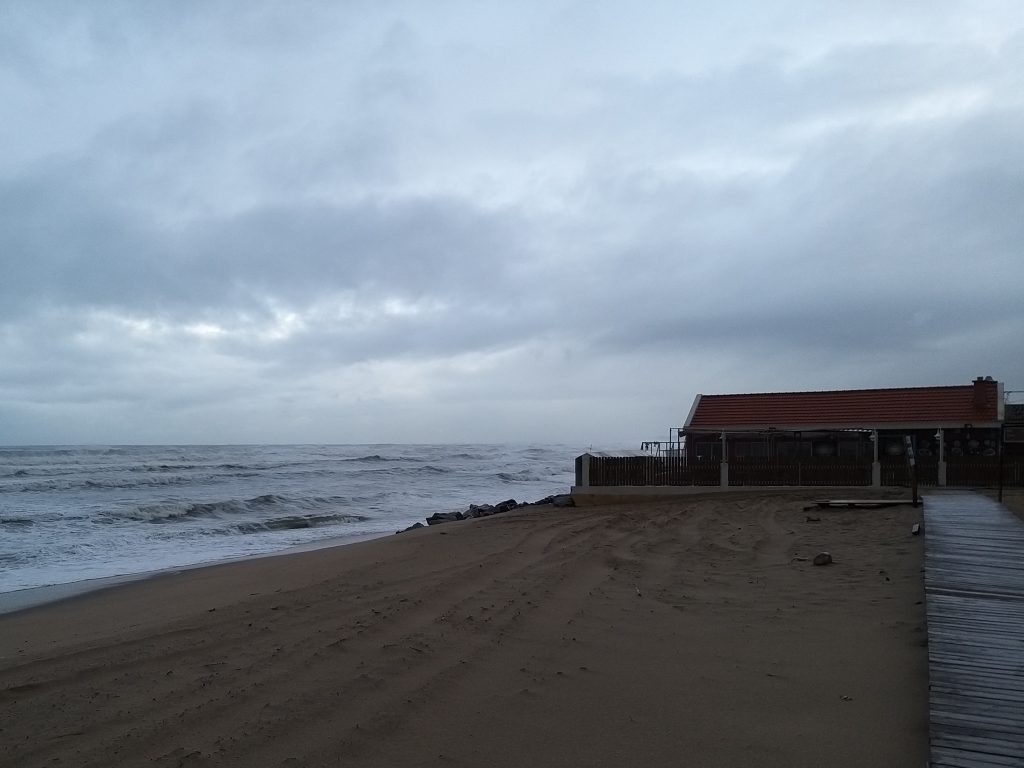 Are, or are not, climate change causing an advance of the sea on the coastline of Vila Nova de Gaia, reducing the width of the beaches?

This project tries to show the advance of the sea in Vila Nova de Gaia; point out possible causes of this advance; warn of its consequences and the urgency of measures to mitigate and adapt to the rise of the sea, through a video report.
Another objective is to show the effects of adverse weather conditions and some of the places most affected by the sea when they occur.

In Vila Nova de Gaia, the sea frequently gets to the footway, during the high tide. When the weather is really bad, it even gets to the road. According to Carlos Antunes, Professor and Investigator at Faculdade de Ciências from Lisbon Univertity, “Due to the diminishing effect of the rivers sediments flow, a deficit of the beaches natural nourishing occurs. The further climate changes happen, the higher will the average sea level rise be, the more intense will the storms be and so, the erosion will be greater.”
The hazards to Gaia, in consequence of the medium level of sea rise, will be a possible clash between the beach retreat and the urban area, that can lead to an unavoidable retreat.
There are three critical areas in Vila Nova de Gaia, more vulnerable to coastal erosion and ocean overtopping and where exposure of buildings to these same risks is greater.
According to Carlos Antunes, “Portugal has to bet more on adaptation rather on mitigation. Because from the point of view of mitigation (which is to minimize what can happen) in terms of sea level we cannot do much.”
In conclusion, mitigating the climate change, avoiding a global warming over 2 degrees, reducing the rythm of the average sea level rise, will increase the time to adapt coastal occupation. The counties and countries strategy to “face the sea arrival” should be planning different scenarios, in an involved way, to the sea level rise, minimizing the risks and the socio-economic impacts.

After publicizing the problem of coastal erosion and its relationship with climate change, through the video report “Face the sea arrival”, we intend to work with our community, in the next school year. The work will consist of calculating the carbon footprint of the student’s families, so that all of them know what changes they have to make in their daily lives, in order to achieve the goals set out in the Paris Agreement.
We also intend to study the Metropolitan Climate Change Adaptation Plan, publicizing the proposed adaptation measures and encouraging citizen participation in its discussion, one of the weaknesses pointed out in the document, so that climate risks become a priority for the county policy makers.