Studying the Temperature, rainfall and water resources of our local environment – Climate detectives
…
For a better experience please change your browser to CHROME, FIREFOX, OPERA or Internet Explorer.

Studying the Temperature, rainfall and water resources of our local environment 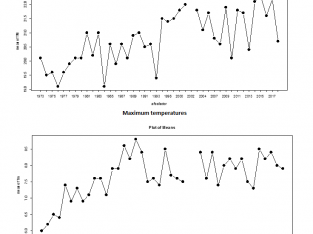 Studying the Temperature, rainfall and water resources of our local environment 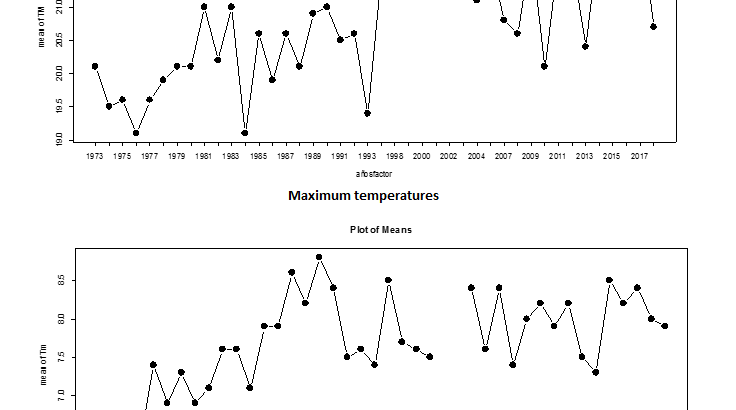 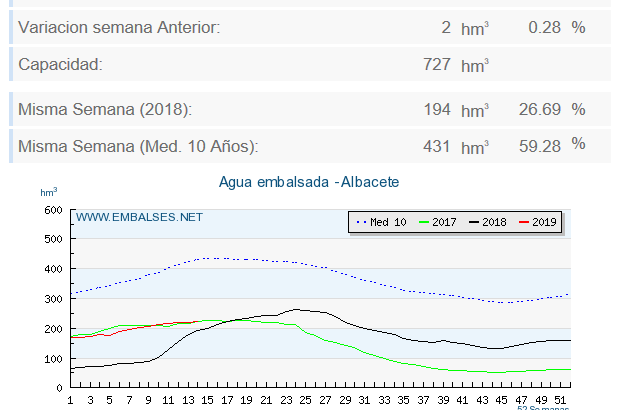 Description
Date : 30/05/2019
School name : IES ALBASIT, ALBACETE
Student's age : 14-15
Number of team members : 25
Summary of the project : The problem We live in a small town in the South-East of Spain called Albacete. The weather in Albacete was dry, extremely cold in winter and hot in summer, but the levels of water rain and snow were enough, and the underground wells were full of water. Actually, Albacete was ‘floating over the water’. Nevertheless, just now, the impression of the inhabitants of Albacete is not the same. It rains and snows very little. Water resources are decreasing and the temperature in summer is really high, while the temperature in winter is not as low as it used to be. Is this perception real? Can we avoid these changes in weather conditions? We would like to support or refute this impression with the strength of data, collecting and analysing data about temperature, levels of rain and snow and water resources, over more than 50 years. Planning the investigation In order to attain our goal, we have collected data (from professional sources as AEMET and The Weather Company), from 1973 up to now, about maximum, minimum and average temperatures in Albacete, as well as about levels of water rain and snow. We have analysed the evolution of all these variables in order to state if there is an increase of the temperatures and a decrease of the amount of water that Albacete is receiving. At the same time, we have looked for information about the evolution of the amount of underground water in Albacete for the same period of time. Our study has been descriptive and inferential. For the descriptive study we have obtained different parameters of centralisation and spread and different statistical graphs. For the inferential study we have compared means before and after a specific year.
Main results : Water collected coming from rain and snow The biggest amount of water was obtained in 1989, 1991, 1997 and overall in 2010. The amount of water was the smallest in 1973, 1983 and 2000. It is not observed a continuous decrease in the amount of water collected over the years. Temperatures Average temperatures During the years 1987, 1989 and 1900 the highest average temperatures have been obtained, while in 1993 the smallest one was obtained. There are no differences between the average temperatures over time. Maximum and minimum temperatures The average maximum and minimum temperatures in the last 24 years have been higher than they were in the previous years Average number of days with rain or snow The average number of days with rain is bigger in the last 24 years. Evolution of dammed water in Albacete The amount of hm3 of dammed water has decreased in each of the last two years if we compare with the average amount of water of the last ten years
Actions to help lessen the problem : There is an increase of the maximum and minimum temperatures, and a decrease in the amount of underground water, we propose to carry out measures related to the reduction of pollution and the overexploitation and misuse of the irrigation systems.
Link to image : View website
Location : Albacete

Studying the Temperature, rainfall and water resources of our local environment
Re-arrange your ad photo(s).
*First image will be main display image of this ad.